The question never fails to pulls me up short, hesitating. In the uncomfortable silence that ensues, I wrestle internally to come up with an accurate response. My first profession was over 9 months ago, so the answer is technically yes. But the truth is more complex. The question touches an emerging part of my identity that is still feeling its way into the world. I struggle to introduce myself as “Sister Rosy” without pinching myself in disbelief. Whose life is this?  What’s in a name?

First profession marks an important transition from the period of novitiate to the committed life of a sister.  There is a formal ceremony before friends and family, promises are exchanged before a community and there’s a public declaration in the act.  But it is also an in-between. Although I am not yet fully professed, I am seriously committed for a period of years to live the Benedictine promises of obedience, stability and conversion to the monastic way of life in this monastery.

First profession is a landmark moment, but it isn’t the destination. If everything is working right, discernment continues alongside the community as I daily grow into my identity as a sister, integrating the monastery’s vision, values and gifts, its network of relationships, traditions and stories into my own. Formation and incorporation of a new member into an established community is a slow, deliberate process that takes time.

I have heard friends talk about the vaguely surreal moment after their marriage ceremony when they are first referred to as Mr. and Mrs. So-and-So, or after the birth of a child when they hear themselves called mother or father. Initially, being called a spouse or parent provokes a jolt of emotions: shock, delight, amazement, fear, anxiety. That tiny shift in moniker communicates a seismic shift in identity, responsibilities and relationship. 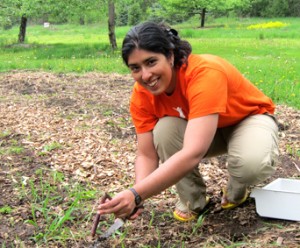 Yet, on the inside, there’s still a nagging recognition that it’s just the same-old-me in here.  How to reconcile the discomfiting contrast? Often, it is our communities that make the adjustment first, reflecting back the reality of what’s changed and helping us daily live into a new, expanded identity.

When someone calls me Sister Rosy it reminds me that I have made a formal commitment: to live in sibling relationship with all persons, true to the Gospel calling of Jesus Christ who has made us one family, all children of God (John 1:12). There is a leap of joy inside, a spontaneous response to hearing myself referred to as one’s sister, and simultaneously, a soberness too.  Living in sibling relationship with the world is a declaration of profound solidarity, and sacrifice. I am not always up to the challenge. Most days, I would rather just be called Rosy—there is less to live up to there, less to disappoint.

I still remember talking with a good friend who had attended my first profession ceremony. Talking afterwards, she suddenly said with vehemence: “I’ll never call you sister. It’s too formal. You’ll always be Rosy to me.” As much as I could understand her resistance to a title that she associated with her years in parochial school, it made me sad to hear it. It will take time for both of us to adjust. As much as I wanted her to know that I will always be her Rosy, I am also living into and discerning an identity. I need all the support I can get.

I don’t doubt that it’ll take time to become comfortable introducing myself as Sister Rosy. I anticipate feeling that twinge of disbelief for a while. But with the help of others and the years of formation ahead with my community, I’m hopeful that—like parents and spouses all over the world—I’ll eventually be able to become what I say I am.