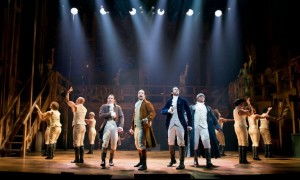 As we headed back to Saint John’s University for the fall semester, two of my liturgy friends introduced me to their latest musical obsession. With the soundtrack from the Broadway musical Hamilton, playing from the car speakers, we geeked out over favorite lines, the brilliance of a particular rhyme and musical theme, the poignancy of each plot twist. Winner of 11 Tony awards (including best musical), a Pulitzer and a Grammy, the smash bio-epic about Alexander Hamilton and his fellow founding fathers is an acknowledged masterwork of storytelling, history, music and drama. Powered by a stunningly diverse cast, composer Lin-Manuel Miranda, communicates the volatile energy of early American history through the rough and ready language of hip-hop, rap and R&B—the kind of music that played on the NYC streets we both grew up on. Listening to the musical quickly took me back to headier days.

As we coasted into the parking lot of Emmaus Hall, the sobering final refrain of the musical floated through the car: Who lives, who dies, who tells your story? The haunting last number is not given to the men dominating history’s center-stage. Instead, in a surprising twist, it’s delivered by Alexander Hamilton’s wife, Eliza, whose devoted love for her husband ensures that his story is preserved and told. Although the song is ostensibly about the characters on the stage, the question is posed in such a way that the listener is forced to reflect on her own legacy, her own circle of love, deeds and influence. Who tells your story?  Who knows you, loves you?  It is a question that has framed the beginning of my academic year in a haze of uncertainty. What legacy am I leaving? 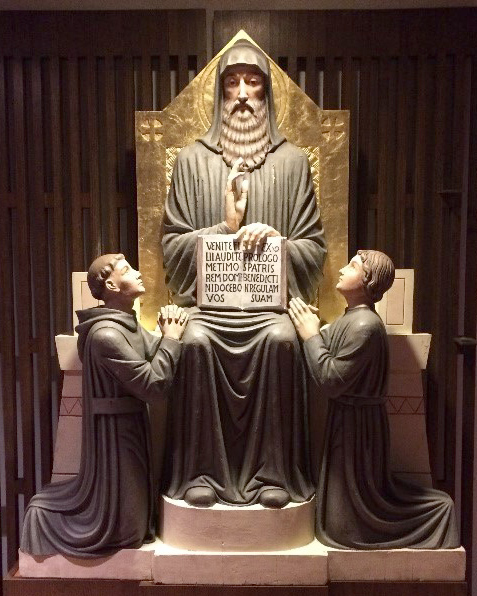 This semester, in Early Monastic Lives in Context Sr. Makrina Finley, OSB of St. Scholastika Abbey in Dinklage, Germany has been introducing us to the people, places and circumstances that shaped what we know of three early monastics, Antony, Macrina and Benedict. Although these spiritual giants wrote little to nothing about their own lives, the authors of their stories (Athanasius, Gregory of Nyssa and Gregory the Great, respectively) profoundly influenced the way we see them through the ages. Their legacy is mediated by their authors, the world in which they were written, the people to whom they mattered, the disciples they inspired. 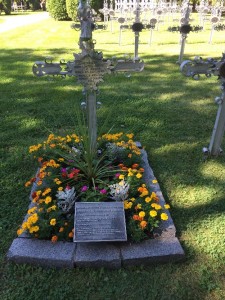 It’s not often that we’re invited to reflect on the question of our legacy, but I find it comes up with an unsettling frequency at the monastery. Keep death before your eyes daily, counselled Benedict. Just last week, I received news that one of our longtime Sunday Assembly members, Jeanne Burger, had died. At a memorial service this summer for Dick and Phyllis Pelkey, I cherished with others the powerful legacy of love and service that Dick and Phyllis shared with the whole Holy Wisdom community. Ultimately, the question of “who tells your story?” is not one that I have the power to answer with any real confidence. As Antony, Macrina and Benedict’s own saintly lives reveal, our lives— our legacies—lie in God’s loving hands. I am beginning to see that it is best on most days to tend faithfully to the work at hand and let history tell its own story.

On Sunday after worship, I walked through the cemetery at Saint Benedict’s Monastery. Pausing at the grave of their founder, Benedicta Riepp, I was startled to discover that she had died at the tender age of 37. Who tells your story?  From where I was standing I could see the spires of the monastery ahead, the academic buildings nestled around, and three young college-women walking in the sunshine.