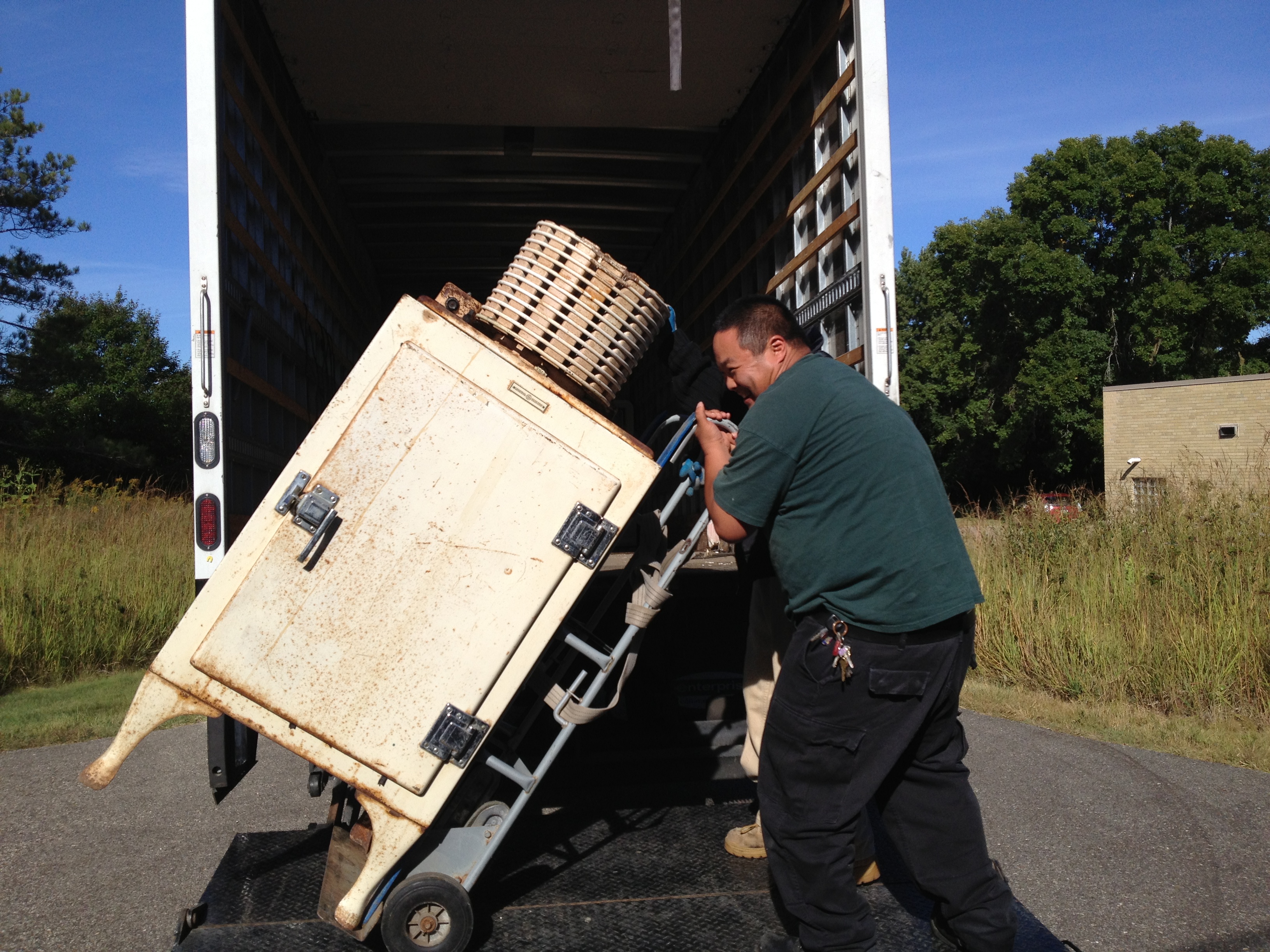 Madison Gas and Electric (MG&E) offers incentives to help their customers become aware of the cost of operating appliances. Recently they offered $50 in exchange for energy inefficient appliances, with a reward to the person turning in the oldest refrigerator by August 31, 2013. Holy Wisdom recycled three old refrigerators.

According to Sister Mary David Walgenbach, “We had an old one in what I still refer to as the horse barn. Someone had given it to us for keeping medicine for the horses and water for the riding students. It has been in the horse barn since the 1960s (Holy Wisdom Monastery offered horseback riding from 1961-1975).”

“When I heard of its catastrophe, I thought, there goes our chance to win the $1000. Eric plugged it in and the motor started but all the Freon had leaked out. One of the requirements for winning was a working refrigerator,” explains Mary David. “Yesterday (October 14) I received a call saying that we won the $1000. MG&E received three refrigerators built in the 1930s and ours was the oldest, built in 1931.”