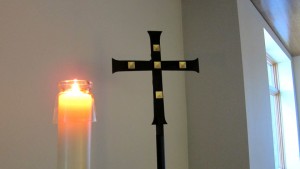 How often the scripture and additional readings during the Liturgy of the Hours compliment each other and bring new light, new insights, new faith and hope. Today, as we honored and remembered Mary, Martha and Lazarus as companions of Jesus, we heard and prayed the following:

From the writings of Louis Boyer:

The reading today from the holy Gospel according to John (selections from John 11):

Now a certain man was ill, Lazarus of Bethany, the village of Mary and her sister Martha.

When Jesus arrived, he found that Lazarus had already been in the tomb four days.

Now Bethany was near Jerusalem, some two miles away, and many of the people had come to Martha and Mary to console them about their brother.

When Martha heard that Jesus was coming, she went and met him, while Mary stayed at home.

Martha said to Jesus, “If you had been here, my brother would not have died. But even now I know that God will give you whatever you ask.”

Jesus said to her, “Your brother will rise again.”

Martha said to him, “I know that he will rise again in the resurrection on the last day.”

Jesus said to her, “I am the resurrection and the life. Those who believe in me, even though they die, will live, and everyone who lives and believes in me will never die. Do you believe this?”

She said to him, “Yes, I believe that you are the Messiah, the Son of God, the one coming into the world.”

We were invited to pray:

God of every relationship, you gave to Jesus, your chosen one, the intimate friendship of Martha, Mary and Lazarus, and made them partners to the mysteries of death and resurrection. May we cherish faithful friendship as a privileged encounter with risen life.   Amen

Let us go in peace. And give God thanks.