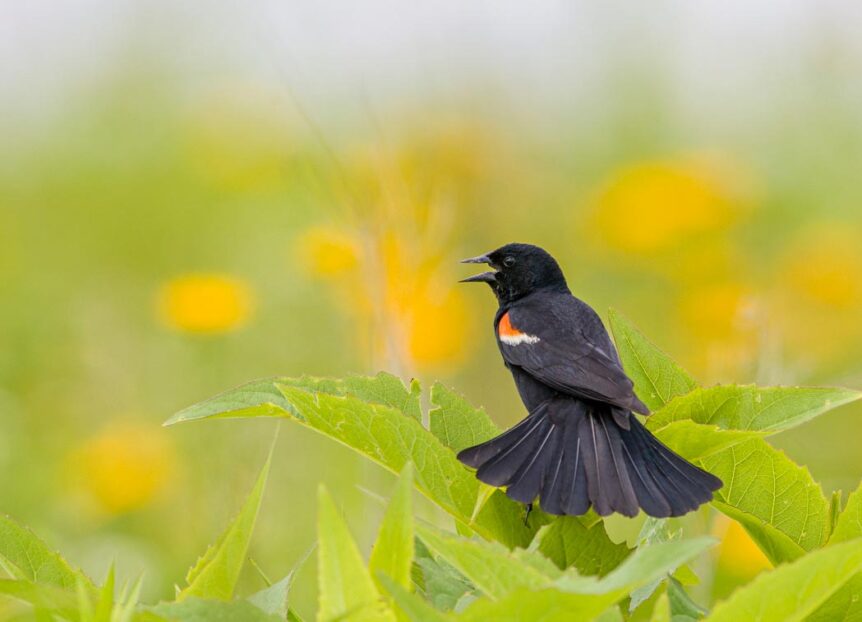 September is the peak month for bird migration in our area.

Some species including early migrators like Baltimore Orioles and Yellow Warblers are already mostly departed.

Many species who spent the summer in our area now gather in mixed flocks in large numbers to feast on berries, insects and seeds as they store energy for their journey. They are joined by other species who pass through WI on their migration down from their northern breeding grounds.

Soaring birds like hawks, eagles, pelicans and swallows usually migrate during the day.

Songbirds often migrate at night when the wind subsides, and spend the daytime resting and refueling. Migrating flocks of birds are large enough that they can be detected and mapped on weather radar imagery. The Cornell Lab of Ornithology puts together live migration maps that track flocks of millions of birds as they migrate overhead.

Did you know that collisions with windows kill an estimated 600 million birds every year? Many of these collisions occur during migration, when birds are traveling through unfamiliar territory. Birds often become confused by lights left on overnight while they are migrating. You can help prevent birds from flying into your windows by turning off unnecessary lights at night.

This year, Holy Wisdom Monastery has opted to participate in a project called Bird Collision Corps, organized by the Madison Audubon Society. This project will run from Sept. 13 – Nov. 1 and it aims to help determine “trends and patterns of bird window collisions in the Madison, Wisconsin area.” Volunteers will be at the monastery for weekly surveys, “looking for birds on the ground and in the vegetation around the Retreat and Guest House and Monastery building that have been killed or stunned by impact with the building.”