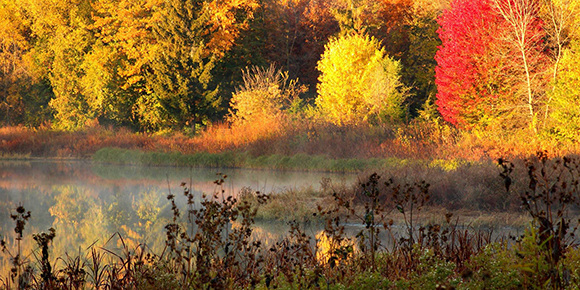 Please join us for Prairie Rhapsody, a benefit concert for the life and work of Holy Wisdom Monastery, on Thursday, September 29, 2016.

Come prepared for a delightful evening of classical, opera, and popular music from the 1940s and 50s.

Prairie Rhapsody will feature pianist Father Bob Koopmann and counter tenor Ryan Belongie who will blend classics such as Clair de lune with I Left my Heart in San Francisco. Join us for this unique concert that will bring back memories and create new ones! 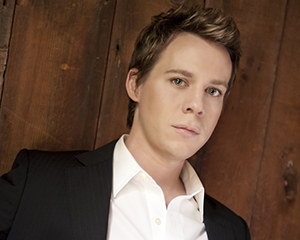 Ryan Belongie, originally from Beaver Dam, Wisconsin, now lives in Chicago and has performed throughout the United States gaining critical acclaim. He is a graduate of the prestigious Merola Opera Program, the Adler Fellowship at San Francisco Opera, and the Vocal Honors Program at Northwestern University. In addition, he was the first-place winner of the Igor Gorin Memorial Award, received the Lola Fletcher Award from the American Opera Society of Chicago, and the recipient of numerous grants including a career grant from the Metropolitan Opera. Ryan has appeared with opera companies and symphonic orchestras throughout the United States, Canada, and Europe. 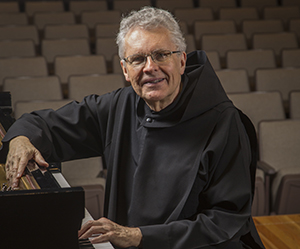 Father Robert Koopmann, OSB, is President Emeritus of Saint John’s University, Collegeville, Minnesota, and Professor of Music at Saint John’s University and The College of Saint Benedict, where he has taught piano, music literature, and courses on creativity since 1975. He has performed as a piano soloist and accompanist, as well as in chamber ensembles and with orchestras throughout the USA and abroad, including Europe, South Africa, Chile, Kenya, and Tanzania. He has released a number of recordings since 1994. Father Bob was president of Saint John’s University from 2009 until July 2012. He recently presented concerts in Collegeville, New York City, and seven cities in Japan. Father Bob has been a friend and frequent visitor of Holy Wisdom Monastery for many years, and has been giving recitals and presentations at Holy Wisdom since 1993.

For more information about the annual event, or to learn about sponsoring the event, contact Janet Neurauter at jneurauter@benedictinewomen.org, 608-836-1631, x124.