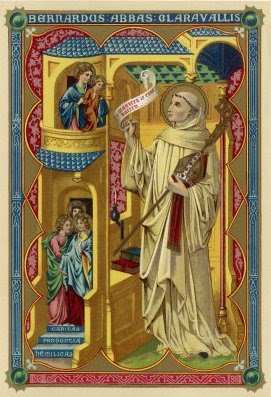 When Lynne asked for a volunteer to preach this morning, I looked at my calendar, saw that today was open, and said ok. Then, after I had agreed to do it, I read the readings she had included, especially the one from Genesis and thought, “Oh, crud.” I have to admit that I am incredibly uncomfortable with Covenant Theology. And, no, my difficulties are not about pre- vs. post- vs. a- millennialism. Frankly, I’m just not that deep a thinker. My problem with Covenant Theology is simply this, “If we’re God’s chosen people, then who the hell are they?”

All too often in history, the answer has been simple. They are the enemy. The great Saint Bernard of Clairvaux put it most succinctly as he preached in support of the 5th Crusade:

The knight of Christ may kill with confidence and die with greater confidence, for he serves himself when he dies and he serves Christ when he kills the enemy. If he kills an evildoer; he’s not the killer of a human being but a killer of evil.

Who knew they had neoCons in the 12th century?

Thankfully, though, I’ve been recently reading a little book that helped me with some of my difficulties: William Dunham’s The Calculus Gallery. No seriously, my difficulties with Covenant Theology are really a problem of Analysis, much like understanding infinite series.

In the late 17th century Gottfried Leibnitz discovered an interesting truth. If you take the fractions formed by the reciprocals of the odd positive integers and alternately add and subtract them 1-1/3+1/5-1/7+….all the way to infinity, you get one of our most remarkable numbers, π divided by four. Leibnitz proved it with a beautifully elegant combination of intuition and geometry.

This truth was known by all whose hearts were pure and whose minds were receptive for nearly two hundred years. But, you know those damn
mathematicians. With their fancy ideas and snobbish higher education, they just can’t leave well enough alone. And sure enough, in 1853 along comes Bernhard Riemann. (You just know he was a liberal!)

Riemann had doubts. And, after a year or so of effort, showed that if you take that same simple little sum (ok it’s infinite, but still it’s just positive and negative fractions) -if you take those same exact numbers-and just mix up the order in which you put them together, you don’t get π/4. In fact, you can get anything you want, just by rearranging the numbers properly.

The Theorem is called Riemann’s Rearrangement Theorem and its fundamental point is this:

Be careful when you deal with the infinite things, they don’t always behave the way we think they should.

So, maybe my problem with covenant theology is that God is an infinite thing-THE infinite thing. In fact, I’ve come to think about today’s gospel reading from Mark as a statement of JESUS’ REARRANGEMENT THEOREM.

Faithful people of Jesus’ time knew that the Messiah foretold by the prophets would restore this covenant and, in doing so, restore the Kingdom of Israel to the glory they had experienced under Solomon. They would no longer subject to the daily sufferings and humiliations of life in a small, back-water province of the Roman Empire.

If, Jesus was the Messiah, then he would do great things. He would unite the whole of the Jewish people. Together, they would drive out the Romans and remove all of the foreign influences they brought with them. Israel would be for the Jews again a great nation, a beacon of enlightenment, and a model for all the world to see and emulate. It just made sense. It added up perfectly.

Except, Jesus tells them, it’s not what the INFINITE ONE had in mind. The way that God has arranged things:

Ok, there is the part about rising three days later, whatever that means, but, seriously, God, “What were you thinking?” Can any of us blame Peter for rebuking Jesus? Jesus words about the Messiah just don’t add up!

In our own time and in our own place, the notion of God’s Covenant has evolved into an idea that has been much talked about this political season: American Exceptionalism. For some, especially on the religious right, this idea has evolved into the notion that we are now God’s chosen nation-chosen to play a special role in the world. As such, we play by our own set of rules-make decisions, even ones involving the lives and deaths of thousands of people living in foreign lands, based on our interpretations of what others need. And, though we usually say this more quietly, based on what our interests are.

Today’s readings should make believers wary of adopting any such theology. Being God’s chosen ones is often a proposition in which the demands and the outcomes add up in a way quite different from what we might expect. According the Jesus Rearrangement Theorem, to be God’s people is to accept humiliation and suffering for the sake of others. It is to have less, so that others may have more.

“If any want to become my followers, let them deny themselves and take up their cross and follow me.”

This is a kind of Exceptionalism we will not see trumpeted by any candidate this electoral season. It seems quite unlikely that any corporately endowed super PAC will be formed to promote it. And, yet, if we take today’s readings seriously, it does appear to be the way that God has arranged the terms.