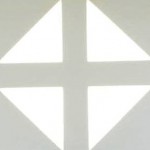 I recently attended a lecture by Emmanuel Katongole, Associate Professor of Theology and Peace Studies at Kroc Institute for International Peace Studies at Notre Dame University. As he did his doctoral work on the genocide in Rwanda, one of the questions that bothered Fr. Katongole was:  Did Christianity make any difference in the genocide?

Fr. Katongole told a story of the students in the Catholic high school seminary at Buta, Burundi. On April 30, 1997, during the genocide in Burundi, some armed men entered the seminary in Buta in the early morning hours. The men took all the students out of their rooms and lined them up. They commanded the students to divide themselves into tribes. It was apparent they wanted to kill some of the students. The students refused to divide, so the men opened fire killing all forty of the boys. One of the students who was wounded ran to the rector’s house. When the rector opened the door, the boy said, “We won. They asked us to separate and we didn’t. We won.” He then collapsed and died of his wounds.

The rector had instituted programs in the school to help create one community among the students who came from different tribes. It was the only school in the country where Hutus and Tutsis still studied together. People on both sides of the conflict objected to what was happening at the school. It took determined work to build the practices that created the community that “won” over the political forces aimed at dividing them. The students met nightly to dispel rumors about each other’s tribe, to re-read Burundi’s history to see that there were no clear victims or perpetrators. Rather, both tribes had been both victim and perpetrator throughout the country’s history.

The students came to realize that the role of ethnicity distracted from the real issues going on.  They spent time in communal work and recreation creating a solidarity among themselves that went deep. They had just completed an Easter week retreat together in which they said, “God is good and we have experienced him [sic].” All of that led up to their being able to stand together that morning.

“Winning” didn’t make the students safer. However, their action gave a powerful witness to the kind of community Paul writes about in his Letter to the Ephesians, a community where Christ “has broken down the dividing wall, that is, the hostility among us.” (Eph. 2:14)

Fr. Katongole’s message?  Building Ephesian communities is an essential aspect of Christianity. It is ever more needed in our world where a politics of lies seeks to divide us from one another.

As I reflect on forgiveness, I turn to my own experience in community at Holy Wisdom Monastery. My community is an important place where I learn concretely what it means to forgive and be forgiven. It’s hard work. It takes a measure of conversion of life on my part to let go of hurts or “my way.” Forgiveness is first of all a gift that comes from God, and it is a decision I make. Surprisingly, forgiveness always begins with the victim. The work of forgiveness calls me to turn again and again to God who loves and forgives me. Because I have experienced this forgiveness, I can offer it to others.

In his chapter on the “Tools of Good Works,” Benedict offers practices that lead us in the way of conversion and Gospel living. One of the tools states: “Never give a hollow greeting of peace.” Every day at the conclusion of evening prayer I have the opportunity to practice this at the sign of peace. In good conscience, I want to do the work of forgiving each day so that the peace I offer is genuine.

Christianity can make a difference in our world as we build communities of inclusion, forgiveness and dialogue, and as we cooperate with God who wants to bring each one of us and all of us together to wholeness. I am grateful for Benedictine life and my community where everyday practices help build community and help me to become a person of peace.

Follow Sister Lynne’s journey this year as a student at Catholic Theological Union in Chicago through her periodic posts:  Living in Community – Notes on a Sister’s Time Away for Education